During these difficult times Executive Window Films has been able to help the NHS by proving privacy window films to hospital ward windows, giving patients privacy and dignity. 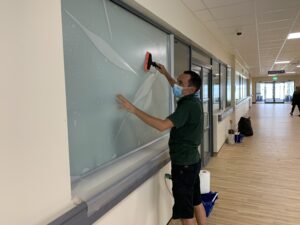 We are a window tinting company that puts its customers first.

This may be a good place to introduce yourself and your site or include some credits.